“Fury” is the story of when high powered feminist attorney, Laney McCoy began an affair with the much younger Michael Pierce, she didn’t expect anything more than a fling. But when jealousy turned into rage, Laney lost control 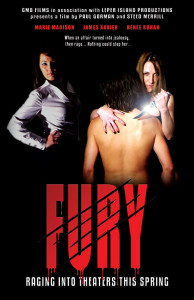 of the situation. Now a horrible crime has been committed and it’s up to her attorney Rebecca Carlton to sort out the details of what happened that night and reconstruct the events from Laney’s strange past. As the body count rises, so does Rebecca’s suspicions that things may not have happened exactly the way Laney has described.

Follow the story as it unfolds from the brutal assault on Michael Pierce to the bone chilling ending that will make you hope it never happens to you.