The film is the story of a woman is forced by circumstance to live two lives. By day she is the leader of a right wing 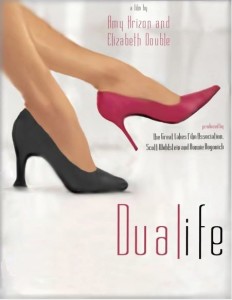 morality organization established by her former in-laws and at night she is an exotic dancer because it helps to pay the bills. The club where she works is busted and she is caught in the investigation into public nudity. She escapes being arrested and all the next day she worries about having her dual life exposed. Her friend and co-worker at the club steals the information taken by the police and gives it back to her because everyone is “due a life.”